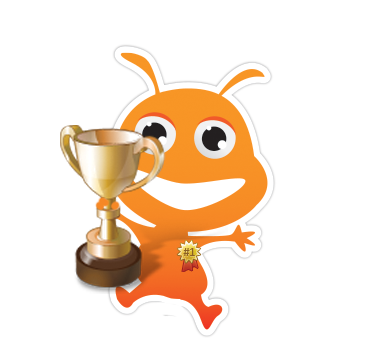 Sober.Me’s purpose is to help naturally reduce or eliminate hangovers by reducing the effect of alcohol in real time for responsible drinkers. Sober.Me started with the simple question “Do we have to get drunk and hungover?”

After doing our research, consulting with numerous Medical Doctors, Pharmacists & Scientists we came to the conclusion that the answer is “No!”  We can have fun and reduce the likelihood of feeling hungover the next day.

Unlike all other products on the market that give you vitamins to mask your hangover and “fight through your hangover”, Sober.Me is designed to be an elegant solution- to help you reduce , if not avoid altogether, the source of hangovers before you need to mask their symptoms!

Simply put: A hangover is your body’s way of telling you that you over did it.
Sober.Me helps your body by reducing that extra amount of alcohol in your system that puts you over the top.

Sober.Me is awesome but it’s not instant. You need to take it when you start drinking and give it time to work. Sober.Me will work with you throughout the night as long as you drink responsibly. You should not abuse Sober.Me which means you should not binge drink or drink and drive.

Sober.Me is a first of its kind natural active supplement that helps accelerate the breakdown of alcohol in one’s body and by doing so reducing the side effects associated with alcohol.

Sober.Me strives to not only minimize hangovers and allow people to avoid the inherent dangers of drinking in excess.The world drank the equivalent of over 6.1 liters of pure alcohol per person last year, according to a report from the World Health Organization. The WHO estimates that alcohol results in 2.5 million deaths a year, more than AIDS or tuberculosis. For example, in Russia and its former satellite states one in five male deaths is caused by alcohol.

How is Alcohol handled by the body?

When Alcohol is consumed, be it Beer, Liquor or Wine it is predominantly broken down in one’s liver.

Blood Alcohol Level increases when the body absorbs alcohol faster than it can eliminate it. Seeing as the average healthy person can only eliminate about one dose of alcohol per hour, drinking several drinks per hour over a few hours will significantly increase one’s Blood Alcohol Level.

The liver can only process a set amount of alcohol per hour. The remainder gets “stacked” in the body which is why people end up experiencing side effects for a prolonged period of time. The average person consumes more than 3 drinks per hour in a given social event. This excess can lead to the over taxation of the liver, basic nervous and pulmonary functions as well as acute intoxication and death.

Sober.me aims to diminish the effects of alcohol consumption by helping your body address the excess alcohol in the digestive track, starting with your stomach through Sober.Me’s active elements which breakdown alcohol before it is absorbed.

Sober.me ‘s active elements are on the FDA’s Generally Recognized as Safe (GRAS) list and as such has been shown to be adequately safe under the conditions of its intended use. Not stopping there, Sober.Me actually provides a nutrient as its end result.

Sober.Me is not intended to nullify the effects of alcohol but to act as a boost for one’s system to reduce the net amount of alcohol in the body and as a result diminish its side effects and the duration one is impaired as well as the “morning after” effect. Sober.Me should only be consumed by people 21 or older.

Sober.Me - Avoid getting drunk, hangovers and the effects of alcohol